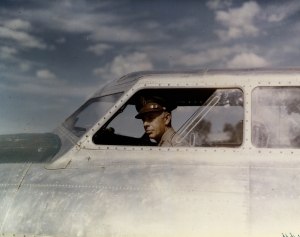 General George Kenney, commander of the 5th Air Force in early 1943. Kenney was a combat aviator from the Great War, having served on the Western Front as an observation and reconnaissance pilot. He and his gunners claimed three kills during their months in France in 1918.

At the end of February 1943, Allied intelligence picked up signs that the Japanese were going to undertake a full scale resupply effort in Papua New Guinea. Two months after the brutal Battle of Buno-Gona, where General MacArthur’s forces had suffered chilling losses against a relatively small force, the Japanese now planned to send a fully equipped, reinforced infantry division to New Guinea–something like 12,000-15,000 troops. Their arrival could have tipped the balance of power in the SWPA against the Allies, so stopping the convoy that would carry those men became the 5th Air Force’s top priority.

The sense of urgency at MacArthur’s headquarters can’t be underestimated. The Allies had thrown 20,000 troops into the fighting around Buna, where they had faced about 6,500 dug in, but starving and unsupplied Japanese. The defenders resisted so fiercely, that at the end of the battle, Allied troops had to wear gas masks to overcome the stench of rotting corpses. The Japanese had been using their dead to buttress their defensive positions, fighting atop their decomposing brothers. Few of Japanese survived the battle, and of MacArthur’s men, over two thousand were killed and another 12,000 were wounded or debilitated from disease. Not only could the SWPA command not afford such losses again, there was no way the remaining combat worthy troops could overcome 15,000 fresh, fully equipped and supplied Japanese soldiers. MacArthur just didn’t have the strength to do so. 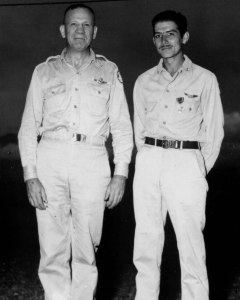 General Enis “Whity” Whitehead (at left). He was also a WWI vet, having enlisted as a private in 1917. He’s seen here at Nadzab, New Guinea in 1943 with Gerald R. Johnson, who commanded the 9th Fighter Squadron from the fall of ’43 through early 1944.

In January, the Japanese managed to slip a convoy through the Allied air cordon that delivered vital supplies and some troops to the garrisons in New Guinea, but that effort was a minor one compared to what the Japanese had in the works for March.  The 5th Air Force was the only Allied organization in theater that had any chance of stopping the convoy, but its anti-shipping track record was, to say the least, spotty. The 5th AF commander, General George Kenney knew that if he was to stop this threat, he would need every available aircraft, including his highly modified B-25 Mitchells from the 3rd Attack Group that had been practicing for months a new type of anti-ship tactic.

The stage was set for a major air-sea battle, one that would define the course of the 1943 campaign in the Pacific.

The document here was a message sent to General Enis Whitehead, deputy 5th Air Force commander whom General George Kenney had sent up to Port Moresby, New Guinea to establish the Advanced Air Echelon HQ there to ensure operations against the Japanese were better coordinated. This was Whitehead’s first notice that something big was afoot, offensive operations would need to be curtailed so the 5th AF’s bomber squadrons could be at maximum readiness for the coming battle. 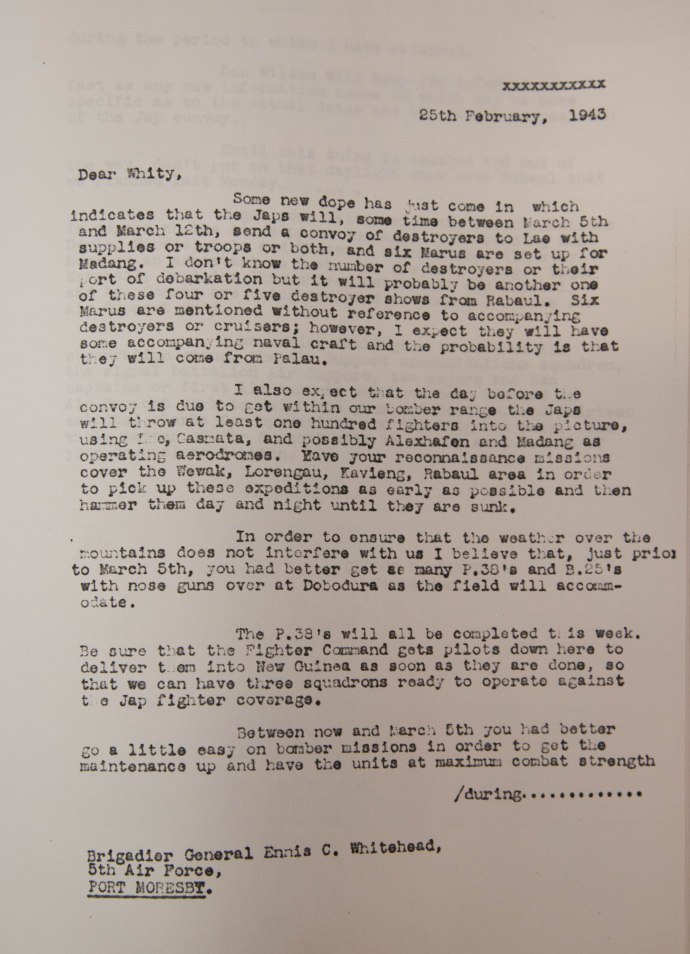 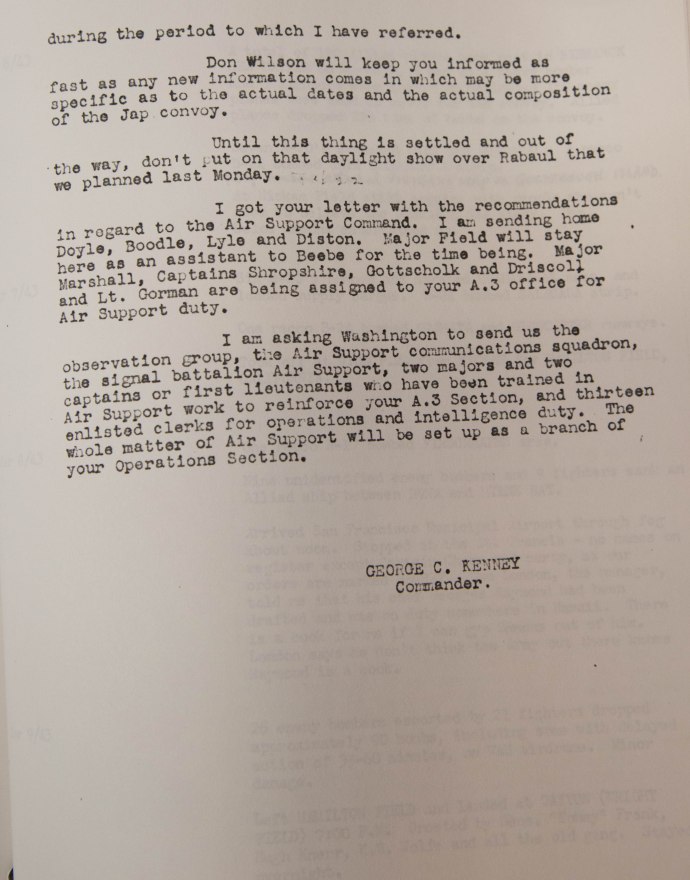