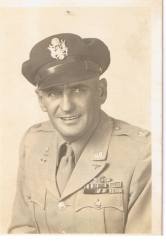 On the night of October 11, 1957, Paul Irvin “Pappy” Gunn was flying a Beech 18 in the Central Philippines. A sudden downforce slammed his low flying aircraft into the ground. Props damaged, fuselage and wings torn up, the Beech was probably doomed right then. But Pappy Gunn, with over 20,000 flight hours, somehow managed to firewall the throttles, gain a bit of altitude and start to turn for the nearest airfield. If he had only a few more feet of altitude, he might have made it. Instead, he struck a tree, and the Beech crashed with the loss of everyone on board.
Pappy used to say he would die before he was sixty with his boots on and the throttles firewalled. That is exactly how he went out 59 years today.
In a fluke of circumstance and serendipity, today our biography of Pappy Gunn and his family reached bookstore (and Costco) shelves around the country he so loved. 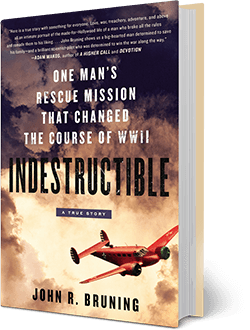 When I was a kid, I read about the legend of Pappy Gunn in an Air Classics Magazine article. Later, I read General Kenney’s book about him. Those of you who have been in my life since college know I pretty much became obsessed in the 1990s with telling the story of Oregon’s top ace, Gerald Johnson. While researching Gerald’s life, I encounter many men who also flew with Pappy Gunn. They told me crazy stories about this remarkable man that made me want to write about him as well someday.

I spent a lot of time on road tripping around the country from 2010 on; many of you have followed my shenanigans here on FB as I’ve passionately explored our beautiful country and its history from the left seat of the Goat. I’ve met a lot of people, had a lot of special moments from walking the Selma Bridge and sitting at Rosa Parks’ bus stop to chance encounters with destitute and desperate Americans, farmers and people my age grimly trying to build a second career after losing their first one in the 08 recession.

On those trips, it has felt like we’re a country that has lost its way. People want to believe in the American dream, that all things are still possible, but too many of us have been clinging to what we have, desperate not to lose our houses or cars or families in the midst of war, Recession and domestic turmoil, that the pride we once felt in who we are and what we have accomplished has been dimmed. 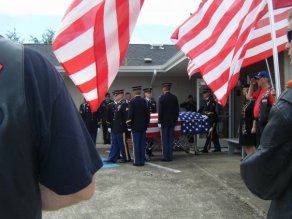 Pappy Gunn always inspired me. In moments where I was bullied in school, or feeling trapped in the cubicle world of the computer game business, or smothered by red tape as I tried to do something positive for my community on the city council and school board–his never say die spirit reminded me that great things can be accomplished by average Americans.

Why? Because we are an exceptional people. I don’t care your color, gender, sexual identity–we are a tapestry of unusual awesome. No other country has such a vast spectrum of human experience, talent, ability, values, and outlooks. Yes, it makes us fractious and nasty at times like now, but collectively it gives us the power to change the world. And we have been doing that for two hundred plus years. From the first imperfect, but radical ideas of freedom and liberty to the hundreds of thousands who perished in combat to extend freedom’s reach, to the social and technological revolutions we have started–computers, television, vehicles, industry, psychology and space travel. Historians and football players can say America was never great, but to say Americans are not exceptional is to insult every great one who has found the courage to stride into the wind and change the world for the better. Rosa. Martin. Ike. Lincoln, Susan B Anthony, Elizabeth Blackburn. Pappy Gunn. The list could go on for thousands of pages.

Great Americans come from all walks of life. In Indestructible, I wrote about one family that came from humble origins to face challenges few of us today could ever imagine. They handled it as a family: full of love and trust for each other. Devoted and willing to do anything to ensure each other’s survival.

I wrote Indestructible as my twentieth book because Pappy Gunn is a quintessential American hero. I wrote Indestructible now at this point in my life because underneath Pappy’s story is the story of his wife and children. He was not the only hero in his family. Courage was a trait they all shared.

It seemed to me as I drove around the country that if I could just remind my readers of who we are and what we can accomplish when our backs are to the wall, well, maybe we can all take pride in our national identity again. I didn’t have the courage to take a leap and try to do that until my daughter gave me a push. Hachette and all the incredible people there who believe in the book and the power of Pappy’s story made this dream a reality.

I suck at selling stuff, always have. But if you’ve looked around our country these past years and felt like I have–that we just need a win. If you want to feel good about ourselves again and be reassured that we are stronger than recession, war, elections and domestic turmoil—then I hope you will crack open a copy of Indestructible. Pappy’s story carried me through some of the darkest times of my life and inspired me to turn into the wind and fight for a future that I believe in. If his story inspires the same response in my readers, then I will consider this my most meaningful professional success.

Thank you for reading to the end of this massive missive. Bless all of you, my friends. And thank you for all the love and support you have shown me and my family these many years.
John R. Bruning