Tom Lynch is one of the great unsung and often forgotten aces of the Pacific War. Brilliant, quiet, intense–Lynch was a natural leader who led from the front. During the 39th Fighter Squadron’s first air-to-air engagement in their P-38’s, Lynch actually returned to base after the initial encounter with the bulk of the squadron, jumped into another P-38, and took off to get back into the fight alone.

His career timeline has historically been distorted in the post-war writings about his whereabouts after the end of his first tour. He went on leave in September 1943 and went home to Pennsylvania. He doesn’t show up in combat with the 5th again until February of 1944, so post-war historians assumed he was in the U.S. until January. 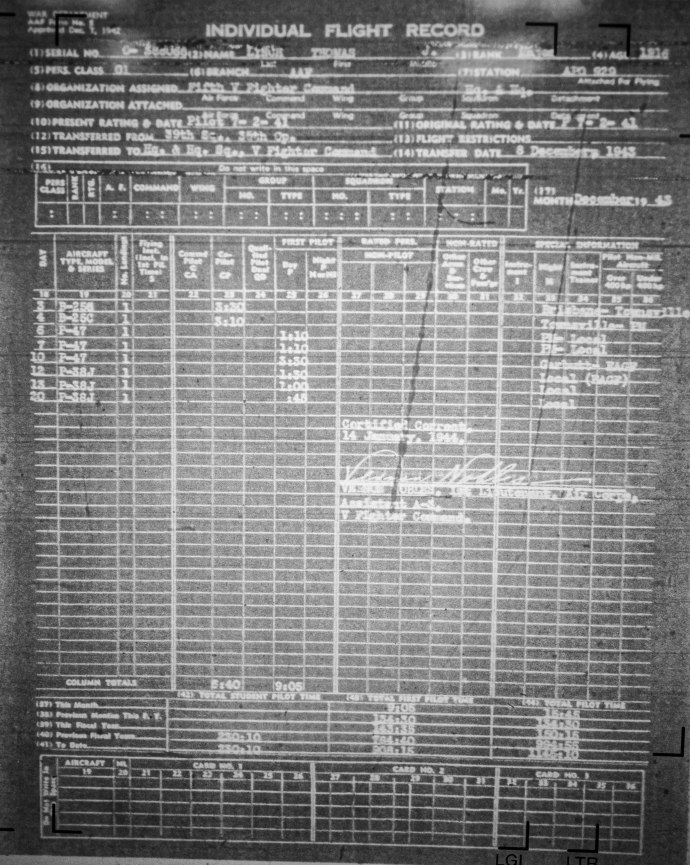 That was not the case. On his way out the door for his second tour, he gave a very brief interview (copied here) in mid-November 1943. He got back to the 5th Air Force in early December, returned to the 39th and made several transition flights in the squadron’s new P-47 Thunderbolts.

Instead of taking the squadron over again when Charles King left the 39th in the middle of December, Tom got assigned to almost six weeks of rear echelon duty while attached to V Fighter Command HQ in the G3 (Operations) section.

This kept him out of the ace race through December and part of January 1944.

The details of this, and why Tom’s earlier arrival back to the SWPA is significant, can be found in Race of Aces.

Meanwhile, I’ve attached below the interview he gave to a USAAF staff officer, one of his citations for the DFC OLC, and a couple of lesser known press photographs of Tom, including one where he was kissing his mom upon his arrival home in Pennsylvania. She never gave up hope that he would be found alive after he was declared missing in action in March 1944. 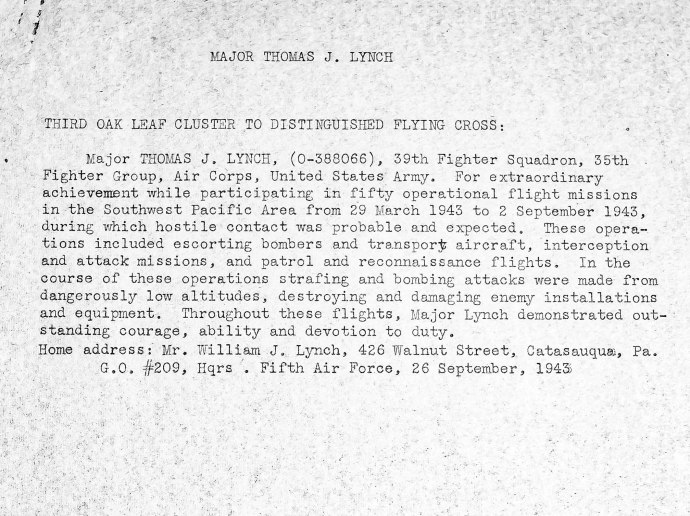 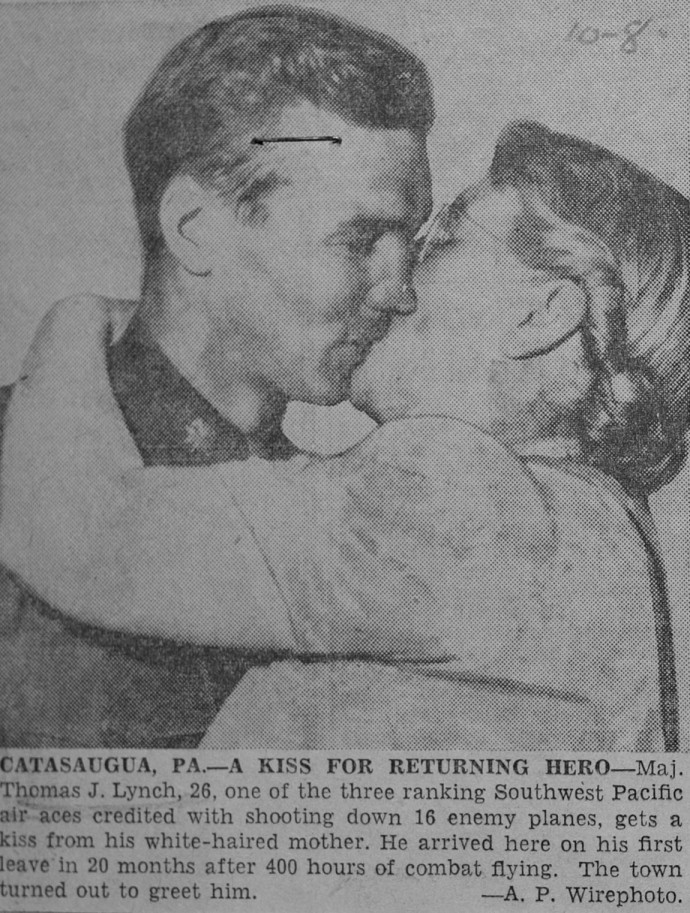