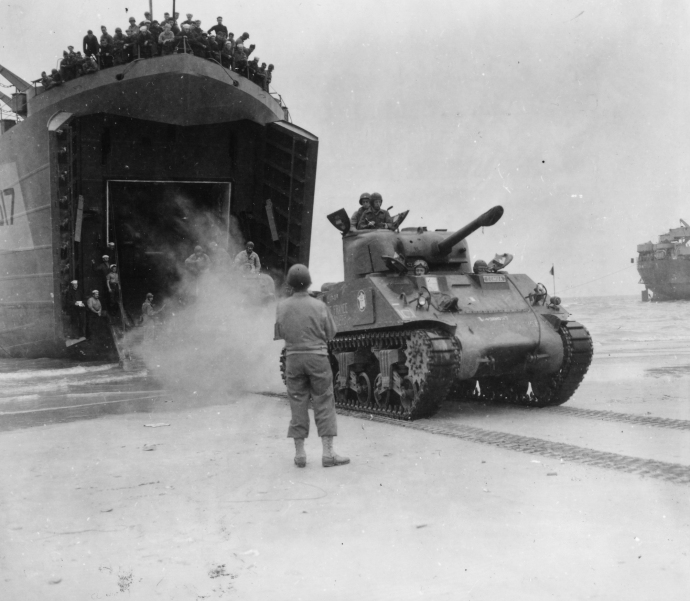 Perhaps no French unit achieved the level of fame during World War II that the 2nd Free French Armored Division did. Formed from about 15,000 men from different Free French units that had been fighting in North Africa since 1940, the 2nd included some 3,600 Colonial troops, primarily Moroccans and Algerians, along with a contingent of Spanish Republican volunteers. The rest of the division was drawn from French troops and citizens who had escaped France proper during the German invasion, or who had been out of the nation when the 3rd Republic sued for peace in June 1940.

The division rejoined the fight in July 1944 when it landed at Utah Beach. The 2nd was thrown straight into the fray and ended up in the middle of the Falaise Pocket battle, forming the crucial hinge between Canadian and American units. During the fighting that August, the French tankers and armored infantry all but destroyed the remnants of the German 9th Panzer Division, knocking out over a hundred armored vehicles and taking almost nine thousand prisoners. But by the end of the battle, the 2nd had paid a steep price–about a thousand killed, wounded and missing.

Another shot of the division’s M4 Shermans coming ashore at Utah.

At the end of the month, General Philippe LeClerc, the divisional commander, was ordered to drive on Paris with the U.S. 4th Infantry DIvision. What followed was the unit’s most lasting moment. Fighting side by side with American troops, the Free French could sense their hour of redemption was at hand. They fought like banshees, pushing toward their capital with impassioned fury, taking heavy losses at times. Some five hundred more men from the 2nd were killed and wounded, but the division forced its way into Paris and accepted the German surrender. The moment triggered a national catharsis, with French citizens celebrating in the streets and showering the Allied troops with tokens of their appreciation. France’s national honor had been restored, but much fighting lay ahead.

The 2nd pushed on East, destroying the 112th Panzer Brigade the following month in a chaotic battle at Dompaire. They liberated parts of the Vosges Mountains and wrested Strasbourg from German control at the end of November 1944 in daring actions that later led the division to be awarded an American Presidential Unit Citation. During this phase of its combat career, the 2nd fell under the U.S. Army’s  XV Corps. 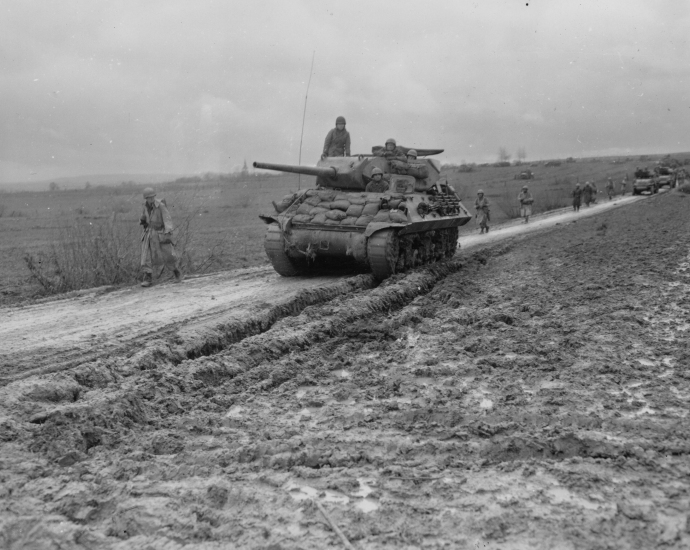 After Strasbourg, the 2nd was shifted west to clear out German pocket of resistance along the coast, but it was transferred back to the main front in April 1945 in time to strike deep into the heart of the 3rd Reich. Soldiers of the 2nd were among the first Allied troops to reach Hitler’s Eagles Nest, and ended the war in Bavaria.

From July 1944 through May 1945, the division suffered about six thousand casualties out of approximately 15,000 men. It was deactivated in 1946 after serving France and the cause of Freedom with great and courageous distinction.