This summer has been an odd one for me.  My son fell gravely ill earlier in the year and missed five months of school. He’s 100% healthy now and doing great, but for awhile, he was unable to walk or even sit up.  As the family rallied around him, my writing deadlines became a casualty of the emergency.  From April on, when Ed was finally back on his feet and at school (he finished the year with a 4.0 btw!), I went back to work on the next book. And then, I was asked to help out on another project related to U.S. naval aviation during the Vietnam Era. I was given sixty days to work through that.  All this meant pretty much no summer for me. However, I did sneak off to Madras with Ed at the end of August to capture some of the warbirds at the Airshow of the Cascades. It is a gem of an airshow, with beautifully restored WWII aircraft from the Erickson Collection as the show’s centerpiece. It was a great father-son trip that gave us a both a boost in the final days before he started his senior year in high school, and I return to my next WWII project.

Here are some scenes from Madras and the spectacular birds that live there in the Oregon high desert. When my dad was about nine years old, a Marine F4U Corsair suffered engine failure and its pilot crash-landed right in front of my dad’s house on the beach in Southern California. The pilot stepped out of the cockpit and asked my dad if he could use the phone to call El Toro.  My dad thought a god had landed in his front yard. 🙂  Later, he asked if he could take a souvenir from the crash, and tried to drag off a propeller blade. So here’s a photo of Ed paying homage to my dad’s experience. My old man got a kick out of it. Oh, and no, Ed did not really touch the aircraft.

The show spans two days, starting with an epic sunset show on Friday night.  This year, the collection’s USN aircraft flew in the Golden Hour. 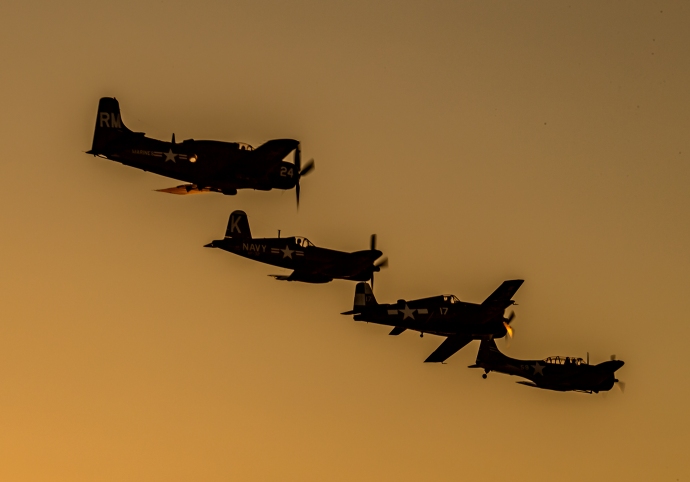 The gem of the USN collection is a gorgeous F6F Hellcat.

The following day is the main show, which culminates in the warbirds flying.  This year, a pair of P-51s and the collection’s Spanish-built Messerschmitt bf-109 took to the air. The 109 is a remarkable restoration job. It is actually powered by an Allison engine, which had to be inverted to keep the nose looking historically correct. It totally stole the show this year.

If you find yourself in the Pacific Northwest in August next year, take a quick trip over to Madras to see this unique museum. Tucked away on an old AAF training field is a diversity of warbirds that include an AM-1 Mauler, a PBY, a Ki-43 Hayabusa, a P-38 Lightning and a Focke Wulf Fw-190 under reconstruction. 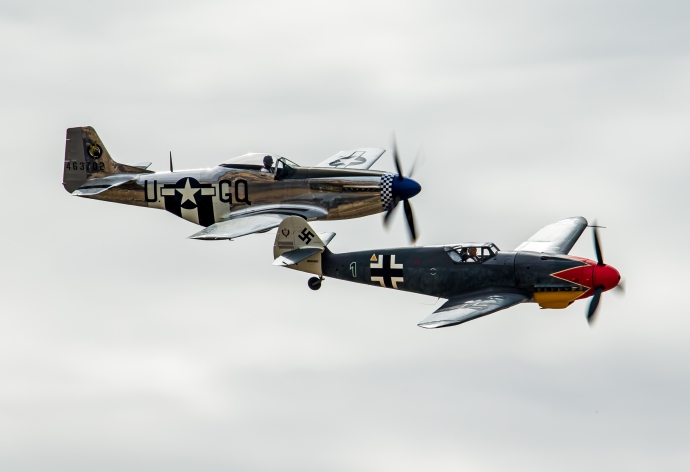 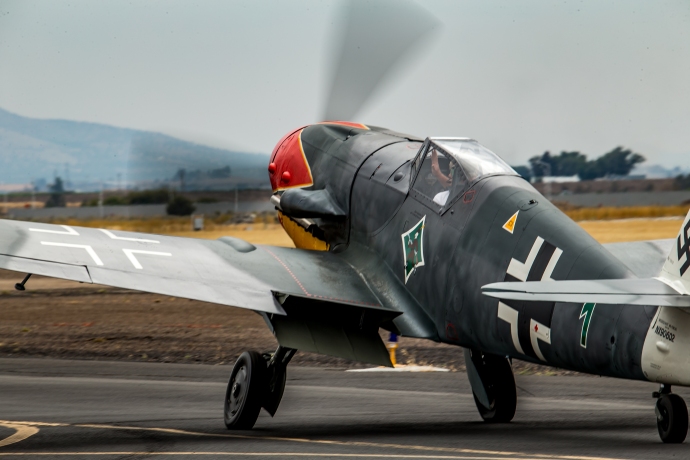 Too quickly, Ed and I had to return to reality. School’s started for him, and I’m back immersed in 1944 New Guinea, writing about some of the great 5th Air Force aviators who helped destroy the Japanese Army Air Force and helped pave the way for MacArthur’s return to the Philippines.