They Rode with Custer’s Ghost 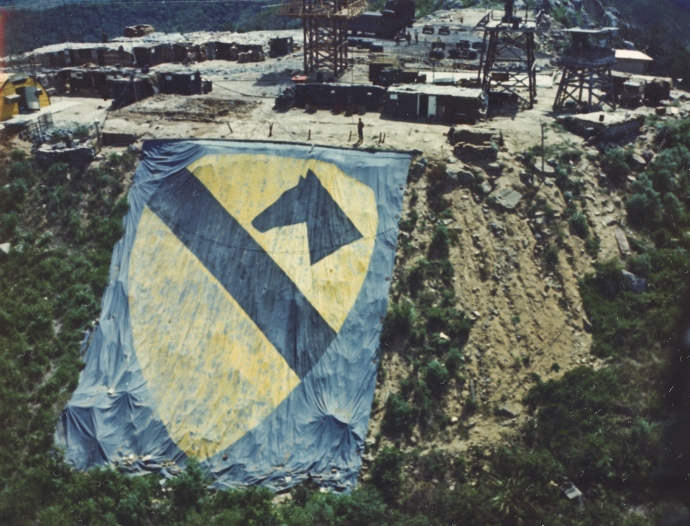 A 1st Cavalry Division fire base in the Hong Kong Mountains. Photo taken May 25, 1967 during Operation Pershing.

In February 1967, the 1st Cavalry Division launched Operation Pershing, what would become an eleven month campaign to clear much of the  Binh Dinh Province of NVA and Viet Cong activity. All three of the division’s regiments were committed to this fight, including the 7th Cav, General Armstrong Custer’s old command. During the next year, Operation Pershing triggered eighteen major engagements and countless skirmishes as the troopers of the 1st Cav struggled to clear tunnel and cave complexes on the Bong Son Plain and its environs. The battles in Binh Dinh Province have been overshadowed by the Ia Drang Valley campaign of ’65 and the 1st Cav’s role in it, but the battles fought there in 1967 inflicted heavy casualties on the NVA and VC (almost 8,000 killed or captured) and became the longest single operation of the division’s experience in the Vietnam War.

Bell UH-1 Huey helicopters take off with elements of 1st Battalion, 7th Cavalry take off for an air assault mission some 50 kilometers northeast of Ankhe. May 28, 1967. Operation Pershing. 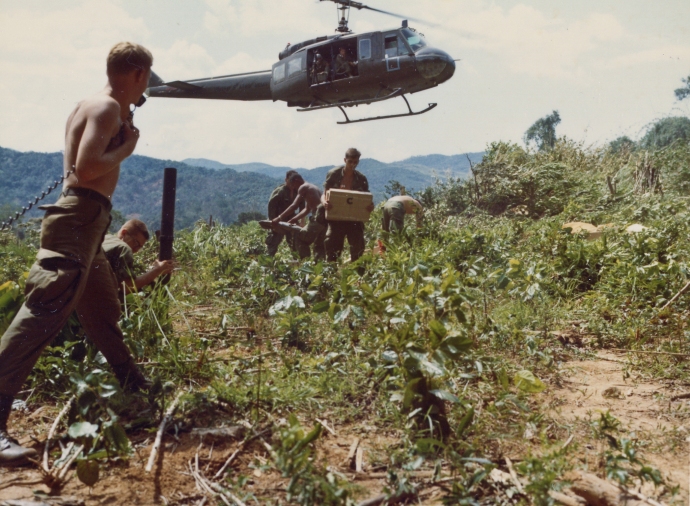 Troopers of the 1-7 Cav on the ground in an LZ outside of Ankhe as a Huey brings in supplies. The photo was taken on May 27, 1967.

were using the cave and tunnel network as a refuge after suffering severe losses against the American and South Vietnamese units involved in the operation. Private Laurie was reaching for an M-16 being handed down to him moments after he spotted an NVA Soldier within the cave network he’d entered. The enemy Soldier was subsequently taken prisoner.

The .45 was not the preferred weapon of those Americans detailed to clear tunnels. Later, as that specialty evolved and the legendary “Tunnel Rats” earned fame, those who descended below ground in search of the ever-elusive NVA and VC generally preferred to carry a pistol with less of a report and muzzle flash. Some Tunnel Rats took to carrying WWII German Lugers sent from home, as well as revolvers and other 9mm pistols.