Last weekend concluded one of the best warbirds air shows in the country. The Planes of Fame Air Museum puts on an astonishing display of military aviation heritage every May in what has become a major tradition within the warbirds community.

For most who attend, myself included, the amazing aircraft are the stars of the show. Thousands of photographers carrying insanely expensive gear turn out to capture these rare birds in flight. If you’re a member of any of the warbirds of WWII Facebook groups, no doubt you’ve been seeing their results. 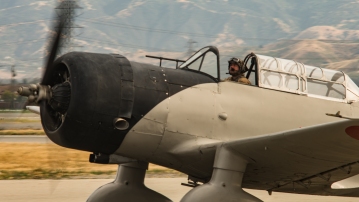 It dawned on me this year that the aviators and crews who keep these aircraft functional are the real stars. Who wakes up one day and says, “Gee, you know, I’d really like to spend my life working on Pratt & Whitney R2800 engines from the 1940s?” I mean, the market for that skill has got to be pretty limited. Ditto with the pilots like Steve Hinton, his son, Chris Fahey and Mark Foster. Some are prior service military aviators, others are legacies drawn to the family’s passion. It has to be something akin to a monastic calling.

So today, I want to share a few moments I captured on the ground and in the air that highlight these remarkable folks who have taken the road less traveled to a unique and unusually special life. It is a dangerous one, as the many crashes, lost friends and aircraft can attest.  Jim Maloney. Jimmy Leeward.  Jay Gordon. Marcus Paine last year at Madras. The list is a long one. Yet, that does not dissuade them from climbing into the cockpit of aircraft built seven decades ago to carry men into battle at the cutting edge of their nation’s technological envelope. What a wild ride that must be. 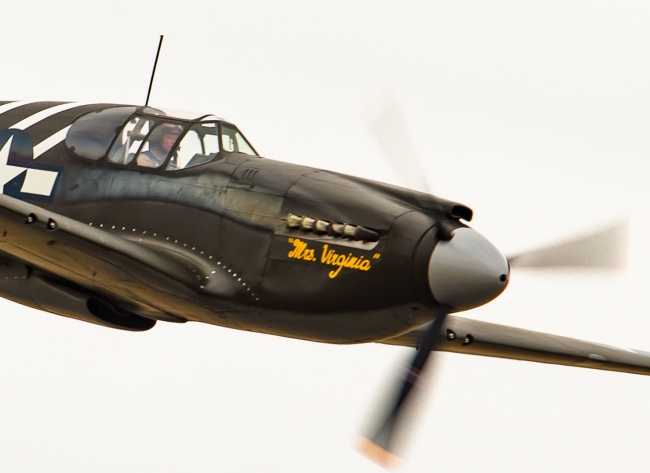 Here’s to a safe 2017 season and many more spectacular moments with these remarkable  historical artifacts.

John Kerpa in period attire at the controls of an SBD Dauntless. 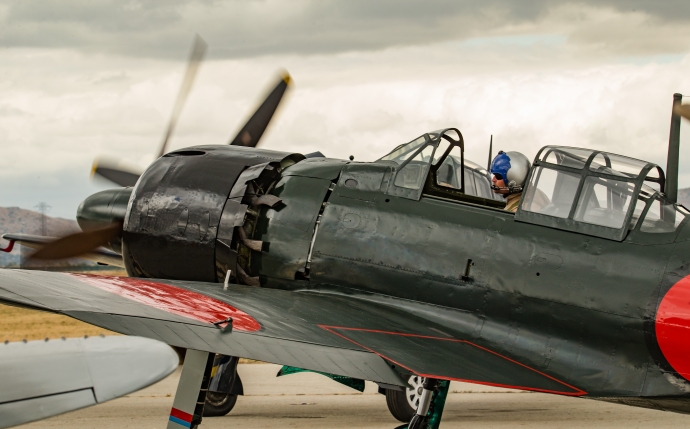 Seriously, how cool would it be to put on your resume, “Pilot of the only complete airworthy A6M5 Zero on the planet?”

John Kerpa channels Bill Ault on the weekend of the 75th Anniversary of The Battle of the Coral Sea. 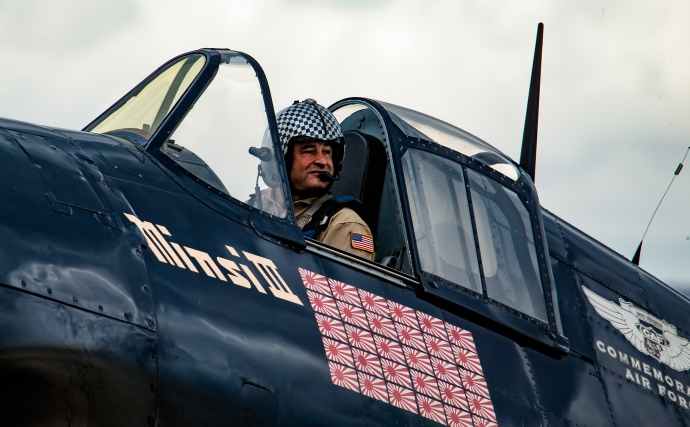 In the CAF’s homage to top Navy ace David McCampbell is Chris Liguori, who has been flying since he was 14 years old. Got his pilot’s license before his driver’s license.

Lt. Col. (ret) Robert “Lips” Hertberg in the cockpit of this AT-6 Texan. Col. Hertberg flew F-16’s, initially with the 496th Tactical Fighter Squadron, and later became an F-16 instructor. 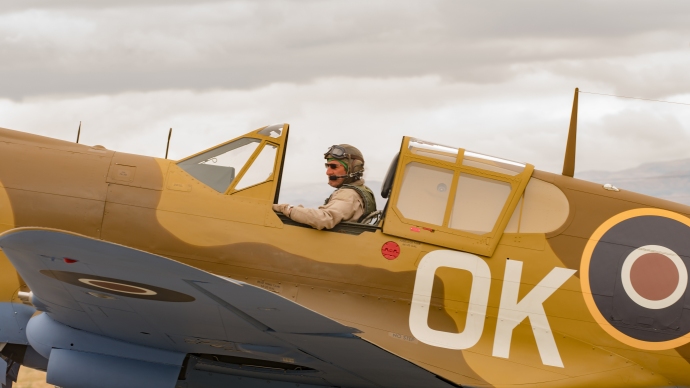 Another shot of Lt. Col. Hertberg in the T-6.

Jason Somes Taxis this beautiful late model Spitfire. Jason earned his pilot’s license at age 19 and has been racing at Reno since 2003.

Steve Hinton watches his brother depart in the P-40. 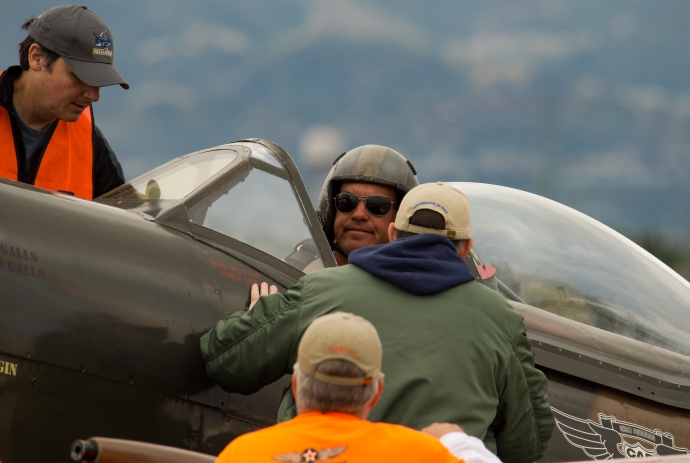 Jason returns from a flight to a very eager ground crew.

Chris Fahey in the only flying P-38J left in the world.