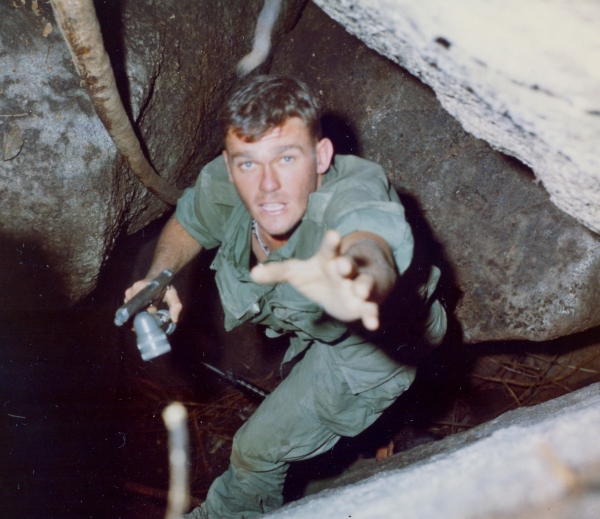 were using the cave and tunnel network as a refuge after suffering severe losses against the American and South Vietnamese units involved in the operation. Private Laurie was reaching for an M-16 being handed down to him moments after he spotted an NVA Soldier within the cave network he’d entered. The enemy Soldier was subsequently taken prisoner.

The .45 was not the preferred weapon of those Americans detailed to clear tunnels. Later, as that specialty evolved and the legendary “Tunnel Rats” earned fame, those who descended below ground in search of the ever-elusive NVA and VC generally preferred to carry a pistol with less of a report and muzzle flash. Some Tunnel Rats took to carrying WWII German Lugers sent from home, as well as revolvers and other 9mm pistols.