The Last of the Grey Wolves

U-858, under close escort, steams for Delaware after surrendering off Cape May in May 1945.

In the final weeks of the War in Europe, the German Navy sought to repeat the successes of 1942’s Operation Drumbeat by sending U-boats to intercept and sink merchant shipping along the American eastern seaboard. Kapitanleutnant Thilo Bode and the crew of U-858 was assigned a role in this operation. U-858 was a Type IXC/40 submarine that had only one previous war patrol to its credit. Bode’s crew had not sunk or damaged any Allied vessels in that initial patrol, and even getting to the East Coast was a tremendous gamble, given the depth and power of the Allied anti-submarine defenses in the North Atlantic by 1945.

Bode was an intelligent officer, a tall Bavarian who stayed clean shaven while the rest of his crew grew beards. When he left on this last desperate mission, he knew Germany was doomed to defeat. For six weeks, he played cat-and-mouse games with Allied anti-submarine patrols, but failed to attack any vessels.

The Pillsbury’s boarding party aboard U-858.

On May 14, 1945, after receiving a radio message from Germany ordering all warships to stand down and surrender, he and his crew surrendered to the destroyer escort, U.S.S. Pillsbury off Cape May, New Jersey. An American boarding party went aboard and took control of the U-boat, raising the Stars & Stripes over her conning tower. Bode and most of the crew were then taken off the U-boat, but a few were kept aboard as prisoners, just to ensure there had been no effort to sabotage the vessel with timed charges.

U-858 became a celebrated prize of war in the United States. She was taken to Fort Miles, Delaware, where Bode officially surrendered his command to the United States Navy in a ceremony that has subsequently been recreated on the event’s anniversary by local reenactors.

After the surrender, Bode offered to take his U-boat and join the U.S. Navy’s fight against Japan in the Pacific. The U.S. Navy refused, and the boat was to never see combat again. In 1947, it was sunk during a live fire torpedo exercise by the USN submarine, Sirago. 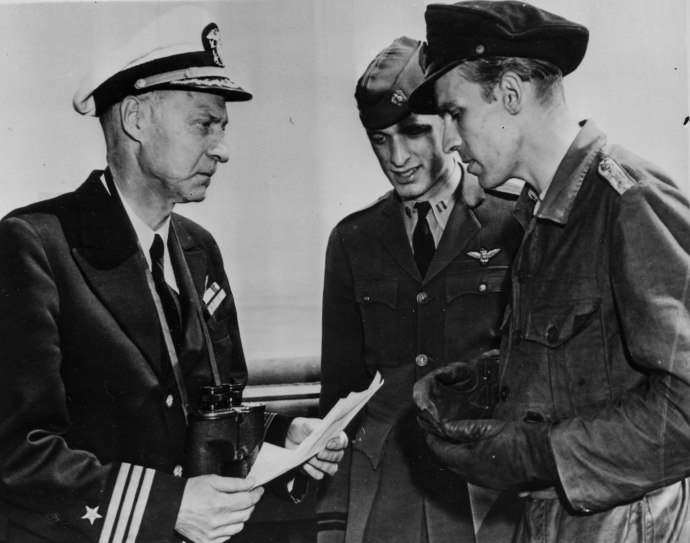