Posted on May 13, 2017 by John R Bruning
Today, I wandered through Golden Gate National Cemetery. Every marker tells a story. Here’s one:

Sixty-one years. Three wars. Volunteered for service in 1943 despite the fact that his wife and two children were rounded up and thrown in an internment camp.

Fought with the 442nd Regimental Combat Team in Europe as part of an anti-tank gun company. Earned the CIB.

Returned home and stayed in the reserves, served in Korea and Vietnam as a military intelligence NCO. Incidentally, while he was in Korea, his son was fighting to hold the Pusan Perimeter with his brother Soldiers.

Died of stomach cancer in 1967, An American patriot to his core. 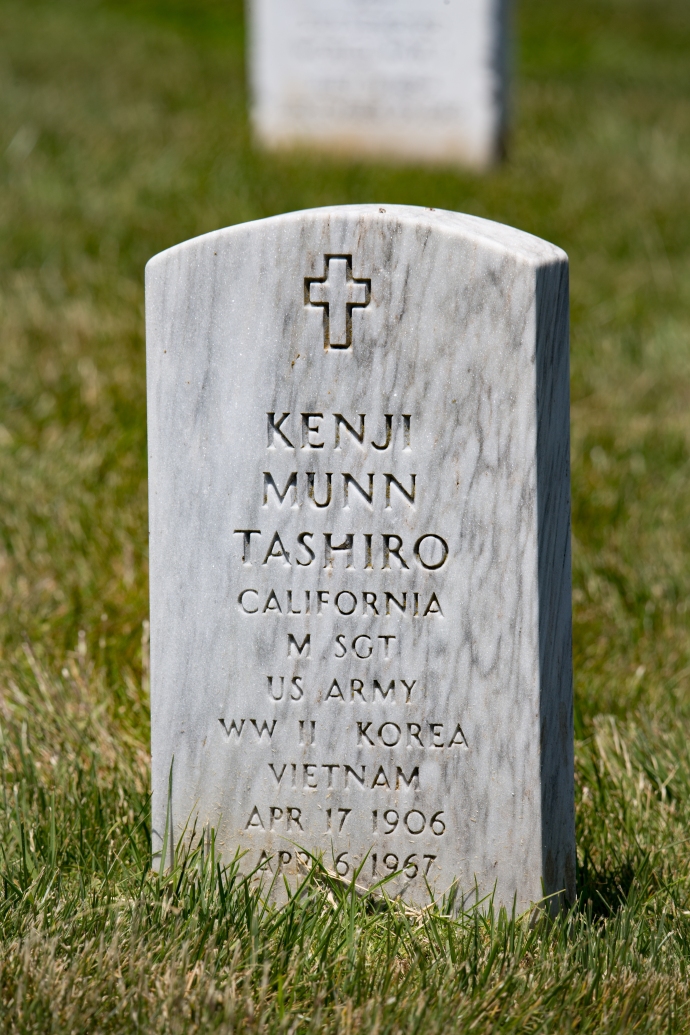 One thought on “Stories from Golden Gate”